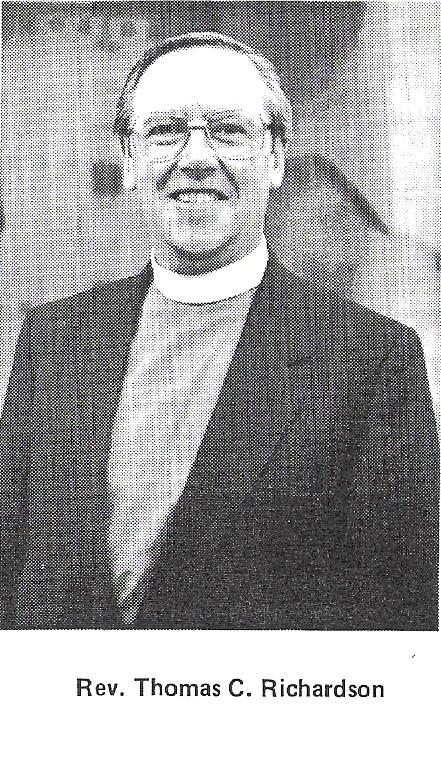 Cults West has only had five ministers in its 100+ years of existence.

The first minister, Rev. Dr Charles S. Christie, B.D., was appointed to Cults Mission and was ordained in June 1888.

A Dundonian, Mr Christie had graduated from the University of St. Andrews and had initiated his ministry at New Greyfriars, Edinburgh. He was honoured by his old university with a doctor of divinity Degree in 1921. His ministry continued with distinction until Dr Christie demitted office, on medical grounds, in 1929 having given 41 years of dedicated service.

In April 1929 Rev. Louis H. Watson was appointed to Cults.

Mr Watson had graduated M.A. from the University of Edinburgh following war service in the Tank Corps. His ministry continued until October 1937 when he demitted office ‘to engage in more arduous duty’ in the charge of Dalserf Parish Church.

It was not until March, 1938 that Rev. A. Rae Grant was welcomed as minister.

Mr Grant was the first, and only, Aberdonian to be appointed at Cults. He came following service at St Machar’s Cathedral; Fernigair; St. Mungo’s, Glasgow; from Keith-hall and Kinkell. Mr Grant continued his ministry until the end of 1966 – his 28 years of “devoted service” is recorded in the Session minutes.

The following June Rev. Angus W. Morrison, ordained in 1959, became the fourth minister of the Parish.

He came to Cults following six years at St Ninian’s Priory, Whithorn. During his ministry he witnessed a significant change in the area. Local population growth largely due to the ‘oil boom’ saw significant house-building developments in the area. Membership grew to 925 and the Sunday School and Bible Class overflowed the hall accommodation into the Manse Lounge! Mr. Morrison announced that he had accepted a call to Braid Parish Church, Edinburgh in the Spring of 1997 – news which the congregation received with regret.

The most recent, and last, minister maintained the tradition of service.

Tom Richardson graduated from New College, Edinburgh and then served for a period as assistant at Northfield, Aberdeen, before taking up his first charge at Radnor Park, Clydebank. Tom demonstrated the best tradition of service to the congregation and the parish having overcome the handicap of having become profoundly deaf some seven years ago.

The congregation enjoyed many years of Tom’s ministry until his retirement in March 2004.

In all respects Tom had amply fulfilled his commitment to the Parish.

He had served the Church for some 26 years during which he had seen continuing change in the size of the parish due to local housing developments and, the development of Aberdeen due to the oil industry. All of these changes and challenges brought with them differing needs in worship and family demand. All were met with enthusiasm and vigour.

At a Social Evening, held in the Church Hall in March 2004 the congregation bade official farewell to Tom and Pat - with best wishes for a happy retirement together.

This retirement however brought an end to Cults West Parish and its Church. The building continues in use as the Worship Centre for the new Church in Cults and with the uniting of the East and West Churches in the new Cults Parish Church a new and exciting future for the Church in Cults lies ahead

May it continue to serve the parish and its congregation as well as its predecessors have done.